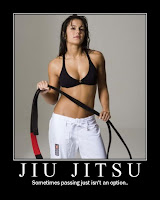 Somehow I just decided to list them down with little background so others might benefit from this, say someone who is looking for a BJJ school in Malaysia.
Leverage Combat Academy / Marcos Escobar BJJ
Located at Solaris Mont Kiara, Leverage Combat Academy is an affiliate with team CheckMat and headed by former ADCC champion and current ONE FC fighter, Marcos Escobar. He is assisted by the brown and purple belt students. This academy has been proving themselves to be a strong team in the SEA region by consistently placing themselves overall top 3 teams in major competitions in the SEA region.
This is also where I used to train after KLBJJ‘s head instructor left for Bali due to work commitments. Most of my former teammates who started as a white belt with KLBJJ are now purple and blue belts under Marcos Escobar.
Sparta Muay Thai & MMA ( Tiger Muay Thai Malaysia )
Sparta Muay Thai & MMA is an affiliate with Tiger Muay Thai. It is located at Oasis Square, Ara Damansara. The last time I drop by to check them out, they have a pretty structured BJJ program, with beginners required to go through 24 sessions of BJJ introduction, and then followed up with Path to Blue BJJ. Their BJJ program is headed by seasoned MMA fighter and Juliano Prado’s black belt, Ray Elbe.
BJJ Malaysia
This academy was previously running at KDTA, is relocated to Desa Sri Hartamas in Allied Martial Arts Gym. Their head coach Sam Wee is the first Malaysian black belt in BJJ. Sam’s black belt was awarded by John Will of the Machado BJJ lineage.

Located at Kelana Jaya under Ding’s Martial Art, this academy is an affiliate with Ann Arbor BJJ and headed by my former teammates at KLBJJ, Janson Lee (Sam Wee’s purple belt) and Tarmizi “Mendeng” Yew (Sean Bansfield’s purple belt).
Monarchy MMA Combat Fitness
The only BJJ/MMA gym to be located in the center of Kuala Lumpur, their BJJ program is headed by a competitive purple belt, Samir Mrabet.

Asia International Fighting Academy
I only got to know about this academy after Isamu Himura mentioned about it on facebook. This academy is headed by black belt, Hakim Gouram. Located at Plaza Damas, Mont Kiara.

I did not realize the sprout of BJJ/MMA schools in KL since I stopped BJJ in 2009 due to a back injury. But recent itch to roll again is why this blog post made its way.

If your academy/team is mentioned above but the information is wrong or inaccurate, I apologize for that. Feel free to contact me to make amendments.